I would like to change the direction of the decking boards on my deck and am in the beginning process of redoing my deck.

One question that I have is about changing the direction of the deck boards. The decking boards are currently running parallel with the house. I never really liked the look that it had as the person who built it had ends butting and tied into the same joist in numerous locations.

There is a slight bouncy feeling when sitting and another walks on it. The dimensions of the deck is approximately 30' in length x 10' in width.

Changing the direction of decking boards on an existing deck, or a series of multi level decks is a great design technique that can really create subtle but distinct visual interest.

You are absolutely correct in your approach on how to do this. You simply install blocking using joist hangers between the existing parallel joists one by one. I say "simply" but it is a bit of work. Nonetheless, you end up maintaining the same framed substructure and the same beams below.

Here Is One Deck Project Using That Concept

When you mentioned your plan, I quickly searched through a project I built a few years ago that employed the same idea, albeit for different reasons. I wanted to add on to a very small existing porch deck and then integrate the larger deck with multiple lower levels of decking.

Adding On More Framing With Blocking

You can see in this photo a bit of the existing deck. It was a very small porch and was supported to the house by a metal cantilever bracket. So the original deck did not use any beam. And since the cantilever supports projected perpendicularly from the house the decking boards naturally were perpendicular to the house. Great! That was what we wanted. 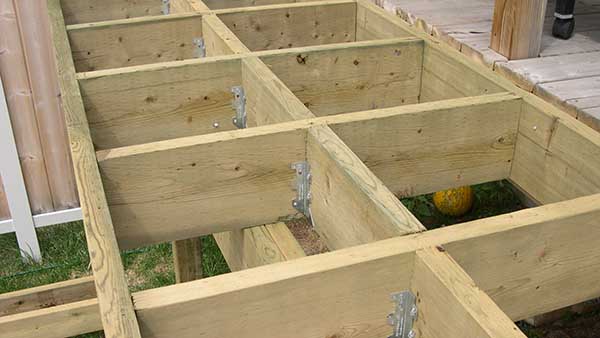 However, the next framing section was most easily built by setting it on a single carrier beam which would run parallel to the house meaning the decking boards on it would also run parallel the house and clash with the existing perpendicular direction of the original framing.

You can see the original decking in the photo and how the new decking would have to run parallel to the house unless I put blocking in between them. 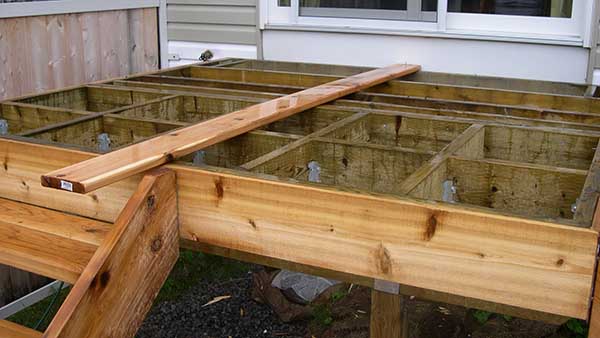 So your story and mine have different origins but really on the same building technique to solve the problem.

Once the hard work of installing blocking between each joist at 16" o.c. intervals was done and the decking installed no one was the wiser. You have no idea of what when on beneath the decking to create this seamless look.

All you can see is a common looking beam supporting the deck at parallel orientation to the house. 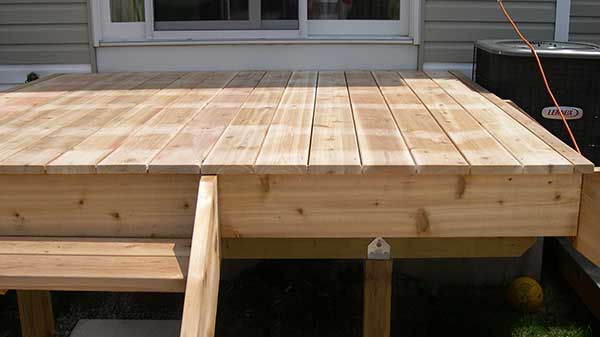 The beauty of this little change is a series of multi level decks all interconnected and with differing decking direction. The change in the direction of the deck boards really makes each deck its own little area. Almost like its own little room. 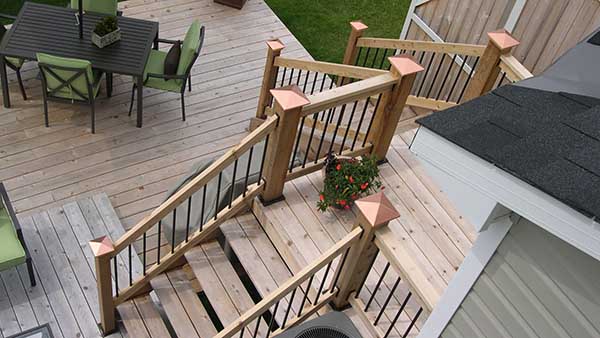 And this simple but subtle visual feature is one of the most powerful deck design ideas you or your builder can easily do to make your deck really beautiful and stylish.

I know this was a long way to get to the answer of your original question. But you can now see how your plan to redirect your decking boards on your existing deck can quite easily be done.