Many Waterproof Coatings To Choose From

It's very important to know what alternative deck coatings are available to you as an HOA.  And so we thought we would enlist one of the gurus in the waterproofing business to offer his sage advice. 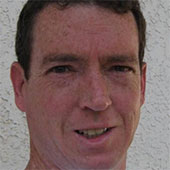 Here's some great advice from Bill Leys of Central Coast Waterproofing on what you need to know including an interesting alternative coating called Desert Crete.

Some REal Experience as a manager of a home owner association

I entered the world of HOAs as the manager of sixteen HOAs and was quickly indoctrinated into the various deck problems that some of my Association clients faced.

Approximately ten of my Associations had some sort of issue with their decks over living spaces, whether it was just two decks in one complex with a leak or fifty decks.

In another that needed to be resealed or the eight decks that ended up being completely rebuilt from the ground up, completely destroyed from the inside out by dry-rot caused by leaking deck coatings that the Association failed to maintain properly.

It was those eight decks that really got me thinking-thinking that how on earth by simply failing to maintain the sealant as per the manufacturer's recommendations, could such colossal damage could occur to these decks in a relatively short period of time?

Experience Led To A Career Change

My research into the deck coatings "protecting" those eight decks, combined with further research into other coatings, led to a career change from a manager to a vendor. My goal was to educate as many Associations and Management firms as I could about their decks maintenance needs.

Now imagine for a moment if you will, that you as a Board member, had received the bad news that your Associations waterproof coatings were worn out and needed to be replaced.

You've got your required three bids, the cost is all about the same and the contractors are all reputable. You have reviewed the bids; at least the cost portion of the bids and your Board is ready to make a decision.

You think, "We'll just pick the low bid since all the contractors are on our management companies list of approved vendors. There can't be much difference between them."

Then during a discussion of whom to pick, you happen to start reading one manufacturer's maintenance instructions and your eyes happen to glance upon a startling warning in it that says "Clay and concrete pots are not recommended for use on this system."

You think to yourself, "But everyone at our HOA has clay pots on their decks. Maybe this isn't such a good choice for us."

You look at the next bidder's maintenance instructions that say "Chair legs and table legs must have tips on them to prevent the coating from being cut. How are we going to ever enforce that? Maybe this isn't what we need either."

Then you look at the third bid and the maintenance instructions, and it says to reseal the deck every two to three years. "Every two to three years! Wow, that's quite often; I wonder how much that costs each time?" "We are really going to have to be careful, no matter which coating we pick."

Well, you're right. You will have to be careful, no matter which deck coating you pick from those three bids.

Read All The Warranty Details

However, you can significantly reduce your risk of damaged coatings caused by well intentioned residents who just want to enjoy their deck, grill a couple steaks and grow a few tomatoes in a clay pot, by selecting one that doesn't have those types of liabilities associated with it.

Now imagine you got a fourth bid, specifying a deck coating that won't break down from UV degradation, where the waterproofing layer can't be burnt through by a hot coal, that won't be damaged by clay pots and can't be cut through by an unprotected table leg.

Add in a maintenance cycle of up to five years between normal resealing times, and it seems that you've found the magic deck coating that you've always wished for.

Oh, and this deck coating costs about the same to install as the other bids. Imagine no more-that deck coating is out on the market place and is ready to serve your Association for years with nary a whimper.

It's called Desert Crete and it's what I use.

This editorial was written by Bill Leys of CentralCoastWaterproofing.com who is an experienced contractor in this field.  If you would like to be a Guest Editor and are experienced in an area of building, please contact us to share your idea.